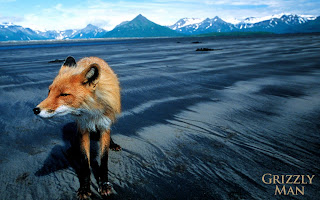 I just had my students watch Grizzly Man because, for what I want to work on with them, it represents the collision of archival footage and poetry. (And I love the foxes.) And I've had them watch many great films.  But what prompted me to write this post was what I found in researching Werner Herzog:  He just taught a three day master class called Rogue Filmmaking two weeks ago, and eager for material I might share with my students I fell in love with what one of his students wrote about his class:
Attend if you love and feel an affinity for the following statements:
Forget successful, think compelling
Fascination drives film-making
Delving into the hearts of humans
Be ruthless with your material
Respect the natural authority of the people you collaborate with
You are not part of the culture of complaint
Your work is based on the soul, not the plot of the story
You are willing to earn money in a basic way
You are willing to determine the moral borderline of your film-making
Sense undoable projects
If you think that there are more important things in life than movies
If you read poetry and novels
If you know that there is only ONE taste...good taste.
If you NEVER WAVER
-Asimakis Pagidas (“Alfa P.”)


And despite it's roving subject and syntax, I wanted to share it because I think it captures the essence of filmmaking - of art making, of living.     Just these four are priceless:
Be ruthless with your material
Respect the natural authority of the people you collaborate with
You are not part of the culture of complaint
Your work is based on the soul, not the plot of the story

Though I trust each reader to bring their own interpretation to these, I will grudgingly offer mine:
Be ruthless with your material:  This is what an editor must do.  I have been with filmmakers who want to keep something in because of how they got it, or who they promised, but at the cost of the film.  No, that is not acceptable.  The film must stand on it's own.  Be ruthless with your material. 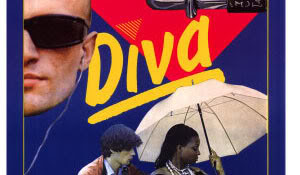 Respect the natural authority of the people you collaborate with:  this is a good one.  If someone is good, let them be good.  It will make your film better, it will make you better.
You are not part of the culture of complaint.  Reminds me of my Bar Method class.  When I started, I didn't get it, the teacher was making us do the most painful things, again and again - and no one was complaining.  Now I get it.  Again and again in my life, I get to leave behind the culture of complaint, and when I do, things seem really quiet for a while, then quiet is good - a good place to make work.   Finally: Your work is based on the soul, not the plot of the story:  Again and again, I learn it, I see it, I internalize it - plot is just a diversion away from the soul.  Stick to the transformation - the conflict between the want and the need, and you have a way into the soul.  Get into plot, who said what, where is the gun now, the other tape, the maguffin, and there is no soul.  But throw in a soul, in this case, an opera singer, and you've got my favorite French film of the 80's, Diva.

In line with this, I was honored to go see the DGA documentary honorees on Friday. They included the directors of The Cove, The English Surgeon, Food Inc,. Beaches of Agnes, Garbage Dreams and Anvil! The Story of Anvil.   So during the moderated Q and A, the distinguished moderator asked Sacha Gervasi, the director of Anvil! how he handled his production plan, especially considering that he was a first time documentary film maker.  At first he answered by talking about his connection to the subject, his absolute LOVE of the guys in Anvil.  Then she asked again, "Yes, but this was the first time you'd ever directed a film, or a documentary,  what sort of provisions did you make for that?"  That's when Sacha looked out above our heads and said this,

"You know, I was in agents offices, they were telling me I should write this or that, (He had just written "The Terminal" for Steven Spielberg) but I told them I wanted to make a documentary with my own money.  So I hired a good producer, got a good cinematographer, the best I could find, and we went to shoot for three years."


He then went on to tell how Anvil! was shown at the Sundance Film festival in 2008 but didn't get distribution.  They just kept entering it into festivals, and kept sending the subject of the film to the festivals.  It was the following year, at a tiny film festival in Prague, where two MTV executives on vacation went to the basement of the pub where they were drinking to see the the film - and fall in love - that the film got distribution.    Sacha told this story, and I believe it so fits the sentiments of Herzog's student I wanted to share here.


Oh, and the kisses:  So I went up to Sacha at the DGA reception later, thanked him, and told him I was an editor and that I liked his material very much, and that I would like to work with him.  We shared a few more words, or an understanding or a moment.  He took me seriously, and said thank you, and gave me a kiss on the cheek as if we knew each other.


It was later reported to me by one of my university students that Sacha then said, "The best part about being in this business is the ladies...."


So whether or not I get a call to edit "Anvil II, The Comeback" I want to dedicate this blog to the spirit of all of the filmmakers out there - whether they are struggling to make a film as they work a 9 to 5 job, as they face down fears of unemployment, if they come from being a poor German teenager, or are challenged by  the demands of a family, or choose documentary as they walk away from a Hollywood screenwriting career,     let us all leave behind the culture of complaint, and enter that magical poetic world of truth and love that documentary filmmaking is all about.